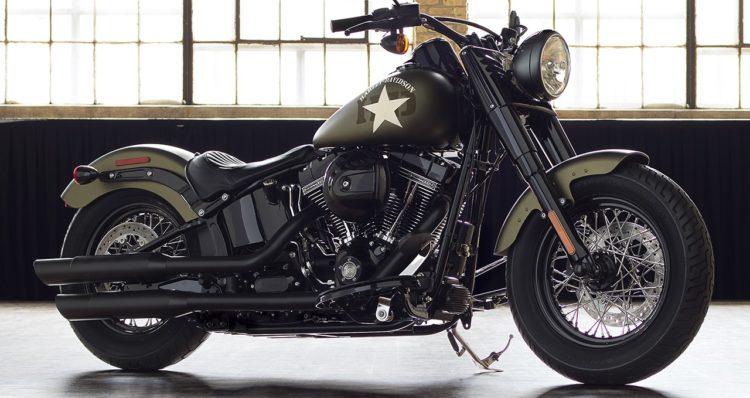 Why Green Is Considered An Unlucky Color for Harley Davidson

Superstitions: whether they are meant to bring good luck, or bad, there are a lot of them out there. Letting a black cat cross your path is considered bad luck. Finding a penny and picking it up? That’s considered good luck. Opening an umbrella indoors, walking under an open ladder, breaking a mirror = bad luck. Knocking on wood, carrying a rabbit’s foot, blowing out the candles on a birthday cake = good luck. When it comes to motorcycles, Harley-Davidson in particular, there is one superstition that outrides them all – the color green. Green being an ‘unlucky’ color is a very well-known superstition in the Harley world. If you’ve ever wondered why, or how, that superstition began, read on. Here are some of the most common and widely held beliefs: Many people believe that the idea of green being an unlucky color for Harleys originated during World War II. At that time motorcycles were widely used for reconnaissance and communications. The most common military motorcycle on the front lines in World War II was the Harley-Davidson WLA, which was decked out in green military paint. The purpose of these bikes, and their riders, was to deliver important messages between bases and camps. It is said that once the German snipers discovered this mission, they made it a specific point to target these green motorcycles, making the riders ‘sitting ducks’. HARLEY AFTER THE WAR

Another rumored reason for the ‘unlucky green’ superstition is that those WWII-era bikes, having recently returned from the front lines, were then refurbished and sold for domestic use. Given the wear and tear they received during the war, the condition of these motorcycles probably wasn’t top notch. It is reported that those bikes, still painted in their original green, were so worn out that they easily broke down and often ran into mechanical issues. To this day there are many riders that will not purchase, or even get on, a green motorcycle for fear that bad luck may strike them as well.

There are many other examples of the color green being associated with misfortune or bad feelings in general. Have you ever heard the terms ‘green eyed monster’ or ‘green with envy’? Both phrases imply that the color green is bad and undesirable. The color is also used to describe sickness, like when someone is ‘green around the gills’, and is used in reference to rotten food and mold.

Some of the stories surrounding the color green actually date back for centuries. In the late 1700’s, arsenic was used to create specific shades of green dye. This dye was then used in everyday items like fabric and wallpaper. When these items became damp, a poisonous gas was released which caused sickness – and even death – to those that were exposed to it. As it turns out, the idea of green being bad luck goes beyond motorcycles and moldy food. Reports of green cars developing strange knocks and rattles, crashing, or simply breaking down for no reason, have been reported frequently over the years. The superstition is so strong in the racing community that it has been implied that Mario Andretti won’t sign autographs with green ink.

IS IT SAFE TO GO GREEN?

Green motorcycles, black cats, open ladders, or sidewalk pennies – everywhere we turn there are superstitions. We may never know for certain whether any of these superstitions are real, or where they came from. At the end of the day, that doesn’t seem to matter. People will walk under ladders, open their umbrellas in the living room, and they’ll even ride green bikes (well, some of them will). There are even instances where green is a lucky color (who hasn’t searched for a 4-leaf clover?). What have we learned from the origin of green being unlucky to Harley? It is difficult to say. But, at the end of the day, we can say this: superstitions may come and go, but regardless of the color of their bike, riders are for life.